How Will the Latest Google Algorithm Update Effect Your SEO Strategy? 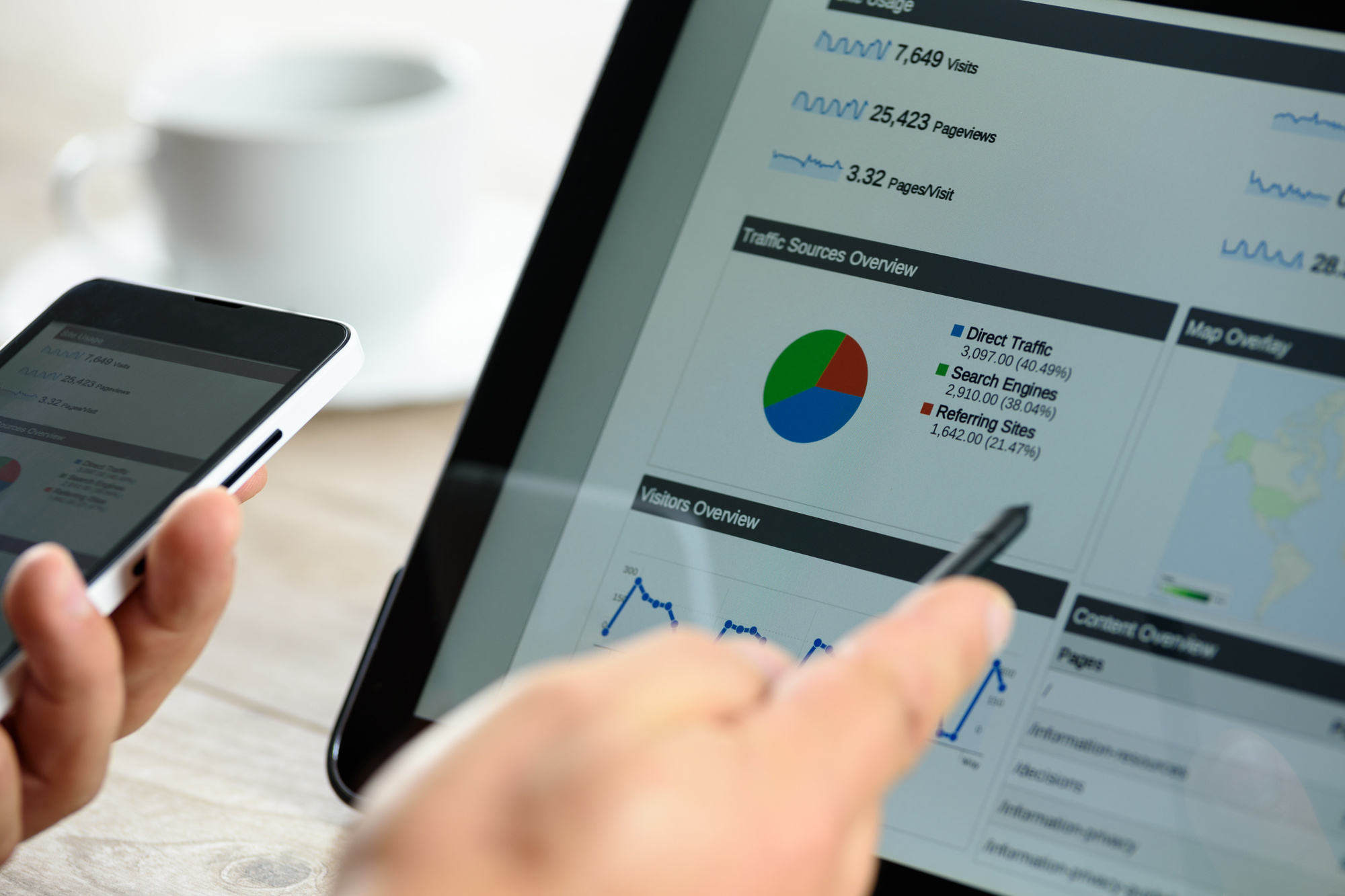 If you know your way around SEO, then the words “Google algorithm update” are probably the bane of your existence.

Of course, if you know SEO, you also know that SEO and digital marketing will change your business for the better. Which means you’re stuck weathering the storm of algorithm changes.

Here, we’re walking you through a few key updates, the most recent changes to Google’s search formula, and what you can do to keep your SEO evergreen (and Google-proof).

A Few Updates You’ve Heard Of

Before we talk about some newer updates to the twenty miles of code that is the Google algorithm, let’s talk about a few updates you’ve probably heard of before.

Why? Because refreshing these better-known updates is a good reminder of where we stand with the almighty Google algorithm (and what we’re changing when we talk about new updates).

And for those of you who were late to the party and still aren’t catering your SEO tactics to these updates, this is your cue. Get cracking.

If you know a thing or two about SEO, you know about the Panda update, better known to some as the time Google updated its algorithm to reflect its ongoing war with content farms and spam sites.

Understandably, it had some people freaking out because their SEO scores tanked overnight.

Panda was designed to reduce the ranking of low-quality sites–sites that provide little value for users. These include sites that copy and paste content, provide spammy content, or use pages that jump you somewhere else.

But Panda was also designed to raise the ranking of high-quality sites. Panda defined this as sites with in-depth, well-researched articles, original content, and thorough analysis.

Basically, Panda was intended to boost the content you actually want to find when you log onto the Internet while cutting back the spam. Sounds like a pretty good deal, right?

Unless you’re one of the spammy or black-hat SEO sites in question. Then, not so much.

Even if you weren’t in SEO quite long enough to hear of Panda, you’ve probably heard of the Penguin update.

Which is good news, because Penguin is more or less a smarter, leaner extension of Panda.

Picking up where Panda left off, Penguin in its most current form evaluates the quality of sites in real time in order to continue promoting good content over bad.

Then, there’s the Hummingbird update. Or, if you prefer, that other time Google freaked everyone out with a massive overhaul of their algorithm.

Picture an old car engine that’s been tweaked and refined with new parts and clever engineering. That’s what Panda and Penguin were to the algorithm. Hummingbird is essentially an entirely new engine.

This update was designed to consider the fact that many people now use voice search on their phones, or otherwise type a query into the search bar that sounds exactly like how they talk.

Among the many things Hummingbird does, one of the big ones is conversational search–basically, it’s making the algorithm better equipped to recognize conversational terms and understand the nuances of a search term.

For SEO people, this meant a stronger emphasis on conversational, natural-sounding keywords (while still retaining the quality of content).

Technically, Fred isn’t one Google search algorithm update but rather a collection of related updates under the umbrella of Fred.

According to Google, they are now classing all updates to their core algorithm under the umbrella of “Fred” and not announcing individual updates as they once did with Panda, Penguin, and Hummingbird.

The long and the short of it is this: Fred targets low-quality content, especially those sites with the exclusive goal of revenue generation rather than the creation of genuinely useful content.

Fun fact: the most recent updates to Google’s core algorithm can be classified under Fred.

So, where does that leave us in 2018 with the most recent Google algorithm update?

A lot of interesting places.

Here, we’re covering a few months of algorithm updates before we get to the most recent update.

Why? Because, much like landing in the middle of the ocean with a boat, it helps to have a compass (or, in this case, context). After all, the updates build on each other–you won’t know where your SEO growth is going if you don’t know where you’ve been.

While October wasn’t necessarily an SEO big-hitter, there were a few Google algorithm changes worth noting.

Specifically, Google announced that Chrome would show a “Not Secure” warning when users entered data into an HTTP page instead of an HTTPS page.

Is it specifically related to SEO? No, not exactly. But it’s a clear message from the Google algorithm: HTTPS is preferred, for the happiness of you, your customers, and Google.

Genuine SEO updates started to pick up again in November as Google turned its attention to snippets.

Snippets are one of the little details that often bugger would-be search marketers. Essentially, they were 160-character descriptions of your site for a search engine to display.

If you think you can’t possibly describe your web page in 160 characters, don’t worry. 160 is no longer the hard limit.

Google toyed with increasing the character limit to 250 or 300 for many years. In November, they confirmed that snippet length had officially increased–good news for websites and searchers alike.

Tis the season to be jolly. Unless you were guilty of spammy content. Then you were staring down the barrel of a rough holiday season in 2017.

Part of the December updates, according to speculation, was designed to go after private blog networks (PBNs). PBNs are a shady SEO technique in which groups of sites link back and forth to each other to trick Google bots into believing they have more domain authority than they actually do.

On the other hand are spammy content sites, which are roughly defined as sites with a bad content-to-ad ratio (more ads and monetization than actual meat).

Other red flags on this front include:

If you were engaging in black hat SEO in 2017, December was not your month.

We entered January with a clarion call for mobile optimization.

In fact, the first algorithm update of the year announced mobile page speed as a ranking factor.

Now, if you know SEO, you know that Google has prioritized page speed for some time, even on a desktop computer. This year, with the inclusion of mobile page speed as a ranking factor, Google announced their commitment to mobile as the next major frontier of search.

As such, if sites weren’t paying attention to page speed–especially on mobile–they were destined to be left behind.

February wasn’t a big month, but it nonetheless came with updates.

While Google did not officially announce an update, there was a spike in volatility across tools (which generally signals that an update has occurred).

Google did not officially confirm any updates or what was changed in the Brackets core update, but the volatility spikes did indicate that an update occurred.

It was more forthcoming about the zero-result SERP test, which was an experiment Google tried and tabled for the time being. Basically, Google removed organic search results for questions with definitive answers, like “What time is it in Los Angeles?”

A week later, it gave up on the experiment, at least for now. But keep your eyes open for an update along these lines in the future, because it’s in the minds of the Google developers.

Then, there’s the mobile-first index, which is the most important of the three.

In this update, Google changed their algorithm to reflect the majority of their searchers–namely, users who search on their phones. The mobile-first index gives higher ranking to those sites who prioritize mobile optimization.

The point of the update is that Google is prioritizing mobile over a desktop, which means that you should too. In other words, you should be taking the necessary steps to ensure that when searchers find your site on mobile, it will work just as well as if they found it on a computer.

Finally, we come to the most recent month of updates.

As of April 20th, Google announced that they rolled out a major core algorithm update.

This update, as with most post-Fred updates, wasn’t named and outlined. Rather than punishing certain sites for SEO practices, this update instead seeks to reward sites that Google views as under-rewarded in previous updates.

As before, Google has emphasized that sites should not be thinking about completely overhauling their SEO strategy. Instead, they should focus their energies on continuing to create great content based on good long-term SEO practices.

Which Ones Should You Worry About?

This brings us to our next relevant question: in the never-ending roller coaster of Google updates, which ones should you worry most about?

The short answer? All of them.

You see, Google updates their algorithm somewhere between 500-600 times per year. They don’t announce many of the changes or specify what exactly is changing between each update.

As such, it doesn’t do you much good to fret about tricking individual updates into boosting your SEO score. The truth is, the algorithm changes too often for such a practice to be worth your while.

Instead, you should be focusing on SEO tactics that will serve you well even in the face of 500 new Google updates.

What the Changes Teach You About SEO

If anything, these changes reinforce the constantly shifting nature of SEO.

After all, wasn’t it just the other day that keyword stuffing was considered a valid SEO practice?

Plus, the updates happen so often and with such varying degrees of impact that it’s impossible to know which ones could help or hinder your site, and it certainly isn’t productive to treat every individual update as the next Penguin or Hummingbird.

How do you make your SEO Google-proof?

Regardless of the specific updates, Google has performed on their algorithm, one thing has remained consistent across changes: Google is always teaching their algorithm how to identify truly good content.

What makes good content in the eyes of the almighty Google?

Content that is informative, well-researched, balanced, and genuinely useful to consumers.

Remember, these updates are ultimately designed to create a better user experience on Google. After all, Google is a business. If they can get more satisfied customers, they can have more return customers.

And users tend to turn to Google when they want an answer to a question of some kind.

So if you want to rank well, it’s time to do your homework on what questions your customers are asking and figure out how to answer them in the best way possible.

The SEO of 2018 is SEO that’s smarter than the latest Google algorithm update. It knows that the key to great SEO is great content that will survive the test of time.

Of course, creating that content and optimizing it properly is a time-consuming process.

That’s where we come in. We’re SEO experts who know how to help you conquer the many challenges of SEO and digital marketing, even with every new update that Google throws our way.

Ready to take your SEO to the next level? Get in touch with us today.